Michael Gove and the Bitter Pills of Education Reform

I actually began writing this post as soon as I heard the news that Michael Gove was to be replaced as Secretary of State for Education. However, it has taken me rather longer than I expected to get back into the swing of writing, and I know that many bloggers have now beaten me to it. Nonetheless, here is my take on the legacy of Gove (with apologies if it seems somewhat skewed towards my subject of secondary English).

So, what chains did Michael Gove forge in post as SoS that may have lasting impact on the future of our education system?

*Please note that this is simply my take on the matter, and, as ever, all comments and opinions are welcome

. • He knew that there was exam dumbing down, and he dealt with it.

This was a hugely unpopular stance, at the time. Prior to the reforms, some educationalists were (and some still are) suggesting that teaching was improving year on year and kids were simply getting brighter. In fact, it is now widely accepted that exam boards were deliberately making courses easier. The course with the reputation for being the easiest naturally proved the more popular. The inflated grades supplied kudos for teacher, school and pupils in one fell swoop – not to mention extra business for the boards. 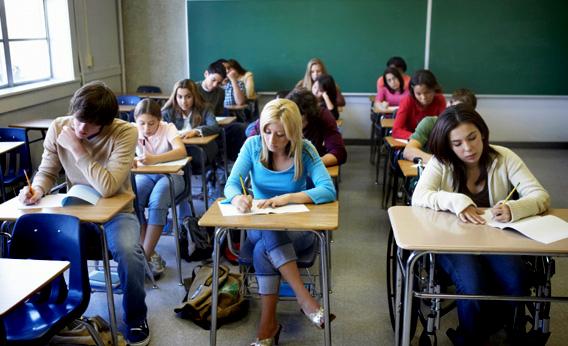 Reformation of this system was crucial, and well-overdue, and time was of the essence. The unfortunate casualties of this were the single cohort of kids who had their GCSEs re-graded (mostly down graded) At least their results are now (more) honest?

Sadly, in all this exam reform, I think Gove missed an opportunity to sort the key problem I allude to above: multiple exam boards. I think multiple boards will always equal an unfortunate element of competition. As things stand, there is still an opportunity for boards to ‘suggest’ set-texts which may be slightly shorter, or simpler than others on the list. It doesn’t take long for schools to suss out which course is the easiest.

This is is a huge error of judgement (to say the very least). The administration of PRP relies heavily on the opinions of school managers. Over the years I’ve encountered many managers who hold a whole plethora of bizarre views about what equates to good teaching and learning. These managers, and other managers like them, will be the reasoners, and the ultimate deciders of who will qualify for a pay rise. Enough said, I think.

• He agreed with the phrase ‘the blob’ to describe the vocal majority of the teaching profession.

When Toby Young used this phrase, there is no doubt it was extremely inflammatory. But it did seem to fit, somehow, with the educational establishment that I seem to have been kicking against for most of the 19 years of my teaching career (see above). I’ve lost count of the confrontations I’ve had with managers (and also with fellow teachers), over a huge variety of opinions and initiatives: group work, independent learning, the economic impact of interactive whiteboards, the subjectivity of levels, the myth that is VAK etc etc.. the list is endless. I can’t even begin to outline here the struggles I’ve had with the accepted lesson observation process (see previous blogs for more detail). In all cases, without exception, I’ve felt like I was in the minority. The ‘blob’ (for the want of a better term) were, and still are, the controlling majority. 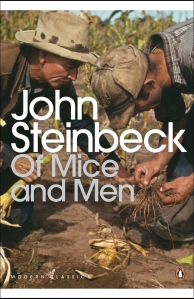 Despite the best efforts of some tabloids and large sections of social media to suggest that there is now to be some kind of a cull of quality texts taking place, and in spite of the outrage that well-loved texts are now to be replaced with dusty old British tomes that no-one in their right mind would want to read, I do believe the contrary to be the case. I think that Gove has recognised and attempted to address something that was happening all too often – that the simplest, shortest text that fulfilled the exam board’s criteria was often chosen for study. In addition to this, it was handy if there was a feature film version of the book available. Steinbeck’s ‘Of Mice and Men’ is the obvious unfortunate casualty of this. An excellent book, which became overused simply because it ticked so many boxes.

•He allowed the appointment of unqualified teachers.

A manoeuvre that left many of us long-qualified teachers feeling more than a little baffled and bemused. What status did our teaching qualification have now? As one of life’s cynics, it is very difficult to view this as anything other than a money-saving move. Whilst I’m doing my best to avoid parroting the ‘you wouldn’t allow an unqualified surgeon to operate on you’ line, I do find this particular turn of events extremely difficult to accept. On the job training programmes, such as those operated by Teach First, are a different ball game entirely. It was through my own teaching practice experience that I learnt most about the job. In teaching, theory is no substitute for tangible practice, I think.

In addition to this, schools have now been given the opportunity to design their own methods of recording progress. Thus, in theory, nobody can argue with whatever assessment methods a school puts in place as their own, bespoke system. The simpler the better, I’d suggest. I must add that I think this is an enormous kick in the teeth for OFSTED, who now won’t be able to rely on standardised national systems of judgement, they’ll simply have to trust the schools.

Sadly, it seems that many schools have not made the most of this golden opportunity, and a sizeable number have persisted with levels. I’ve also noted a number of educationalists now referring to there being ‘a vacuum’ where levels once were. Schools have a tendency, I think, to be more than a bit obsessed with the whole comparative process. Teachers are compared with one another against what is considered to be ‘good’, and unique traits are quashed. Schools are also compared with each another via league tables. Worse still, now and again, OFSTED barge in and double check that they are meeting a nationally accepted set of standardisation criteria. Even the structure of individual lessons is subject to standardisation. Very frustrating.

•He insisted that economic background shouldn’t be a barrier to learning.

I’ve worked with disadvantaged kids for the majority of my teaching career. There is no doubt that their circumstances can often hold them back, and prevent them fulfilling their potential. This has got nothing whatsoever to do with inherent natural intelligence, simply that a young-person’s social background often seems to cap their future progress. Sad to say, I have also encountered many teachers who don’t expect those kids to do well, who simply expect them to under-achieve. Academic achievement often ends up being fairly low down on the list of priorities. If a senior minister puts this subject under the spotlight, and encourages a culture of high academic expectations, then this is only to be welcomed, surely?

The behaviour issue often goes hand in hand with the above. Some kids just can’t see the point of learning. For them, school is little more than a social gathering place. Status can be won through rebellion and misbehaviour. This behaviour issue is something else that Gove regularly sought to highlight. Bravo. I still maintain that poor behaviour is the single biggest barrier to learning in the country.

There are several other policies and reforms that I could have discussed: the KS1 phonics test, academies and free schools, the new curriculum, per-se, and the History row, for example. All just as relevant, but I have less direct personal experience of some of these.

Gove was a bolshy, argumentative Secretary of State, who had an unfortunate knack of rubbing people up the wrong way. Whilst always giving the impression of being 100% devoted to the cause, he did adopt something of a ‘bull in a china shop’ method. This approach inevitably alienated him from a lot of people whose support he really could have done with. But the education bull really did need to be taken by the horns, of that there can be no doubt.

It’s the widespread lack of support for Gove – and his apparent lack of concern over this lack of support, that I think has lost him his job. I can only hope that the positive aspects of education reform – reforms that were so badly needed – continue under his successor, Nicky Morgan. However, it is difficult not to view her appointment as a somewhat obvious attempt to pour soothing oil on troubled waters. With an election looming, such a polarising figure as Gove could be potential poison. I only hope that Nicky Morgan’s function is to sugar coat the bitter pills of education reform…rather than handing out the usual pick ‘n’ mix of placebos.