In January 1996, at the age of 22 I landed my first proper teaching job in Smethwick, an economically deprived, multi-cultural area of the West Midlands. A lovely school with a tough catchment. Early on, I remember a particularly confident, and long-established, colleague whispering to nervous, newbie me, “if you can teach here, you can teach anywhere”; actually, she was wrong. There are far tougher kids, and far tougher schools, in far tougher areas: to that I can now testify.

However, the sentiments were accurate. What she was probably really saying was this: “if you can deal with the behaviour here, you can deal with the behaviour anywhere”. Indeed, an academic scientist who’d been teaching there for several years confided in me that his class were so badly behaved that most nights he went home, exhausted, ate a take-away and fell asleep in his clothes; only to get up again the next day; sometimes not even bothering changing, and begin the battle all over again.

And so it was always thus: don’t ever underestimate the behaviour behemoth. All of this planted a disturbing seed of realisation in my youthful mind: without good behaviour there is “nothing”. I saw that this was what I had to get nailed, above all else. My particular challenge was made no less complex by the fact that the class I was teaching had been covered by the deputy head and SENCO, prior to my appointment. Both were highly respected, long-standing members of SLT. Still, I was youthfully optimistic.

There were kids in that class that really pushed me and tried every possible trick to test me. For the first few weeks I was permanently exhausted from the mental and physical effort of trying to ensure my mask never slipped. I can recall hardly a thing about the curriculum I was delivering in those days, but I remember a lot about the behaviour tricks that I picked-up, and taught myself. For example, when almost the entire class were horrendous on a class visit to a local mosque, I knew it could be make or break for me.

When we got back to school, it was home time. I sent them away with hardly a word. After a sleepless night (for me!) the following day I kept the whole class in at break time and told them all everything I thought of their conduct, in no uncertain terms. I added that I had said nothing the previous day because I didn’t want to embarrass them or damage the good name of the school any further. All lies. The reality was, I had completely ‘lost’ them. Any teacher will tell you what a horrible feeling that is. Let me assure you, it has happened to me many times since, and, no doubt will happen many, many times again.

Fortunately, what I did have at that school were supportive colleagues. No one ever questioned why I needed extra assistance, or why I might need to send a particular child out of class. If we were late to assembly, no one queried why. If I kept the whole class in at break, that was fine. If I said that a certain pupil would not be going swimming that week, it was assumed that I had good reason: if there was no one to supervise them to remain at the school, then they stood on the pool side with me, in their school uniform. It was also fortunate for me that my classroom had two huge plate-glass windows looking directly out onto the playground. This made my favourite trick all the more effective: 2 minutes (or even 30 seconds!) lopped off a playtime can seem agonisingly long if you can see other kids playing out, while you watch the clock ticking: cruel? maybe, but kind in the long run.

After an excruciating few months, the class were mostly well-behaved and cooperative. I could finally relax and laugh now and again; be a bit less afraid of letting the mask slip. I could also concentrate more on the content of what I was actually delivering, lesson-wise. 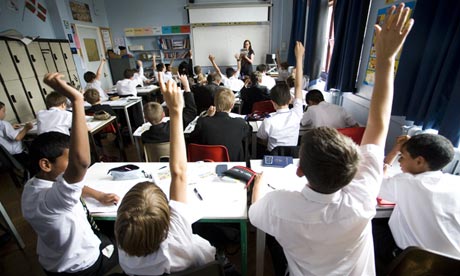 Now, some may argue that the sparkling effervescence of my lesson content should have been enough to hold the attention of my NQT class; that my strong subject knowledge, teaching flair and carefully chosen, or crafted, resources would alone be enough to fully engage them.They may be right. I think, however, that no amount of fun and fireworks would have encouraged that class to be compliant and studious. Like many, many classes, the main thing those kids wanted to learn was what they could get away with. That was their sole objective.

The same applies now: kids don’t change. The less effort and the more messing around that is permissible, the better. I know there are always exceptions, but, truthfully, I haven’t come across very many.

On Thursday, Ofsted published their latest revision of their subject-specific grade descriptors. I scanned through the document, focusing particularly on the supplementary English section, as that is my subject area. On browsing the grades for ‘teaching’ section, I came across the following statement, evidence of which would lead to an ‘inadequate’ grading for the teacher:

‘Significant numbers of pupils are sometimes bored, passive or badly behaved as a result of teaching failing to engage pupils.’ 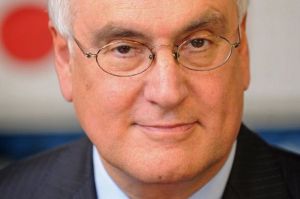 Re-read and unpick this and the flaws are glaring: ‘bored’ and ‘passive’ are, in themselves dangerously subjective words. If a group are sitting and listening to a teacher deliver a lesson, does that make them ‘passive’? Quite possibly. Yet, Sir Michael Wilshaw has, only recently, publicly praised the potential merits of didactic, ‘teacher-led’ activities.

If I had a pound for every time I’ve heard a child say “this is boring” then I could probably retire tomorrow. Learning stuff is sometimes boring. To complain that a task is ‘boring’, I have discovered, can also be pupil-shorthand for, “this is a bit difficult, and I’d rather be doing something easier”. To even bring the word ‘bored’ into such guidance displays an astonishing level of disconnect with the reality of real-life, everyday lessons. It also points back to the pressure that teachers feel under to be delivering exciting, ‘jazz-hands’ ‘OFSTED’ lessons, that I have written about before.

But the real issue with that statement, especially in view of it potentially leading to an ‘inadequate’ judgement, is the ‘badly behaved AS A RESULT OF teaching failing to engage pupils’ line. How on earth is it possible to judge if the behaviour of a class is as a result of the lesson content itself, in a one-off lesson?

There are numerous external factors that can affect pupils’ behaviour. Even if it were possible to deduce this accurately, there is absolutely no way, surely, that an authority with such power and prestige as OFSTED should be encouraging such a blame culture? Who knows what delicate balancing act a particular teacher is trying to perform? There is no way of judging from a single lesson the stage that that teacher/pupils relationship is at. In any case, surely we should be moving towards a culture where the onus is on the pupils to behave, regardless of their opinion of the lesson?

If not, are we encouraging them to riot in the supermarket queue, or graffiti the bus stop shelter because they are not enjoying themselves enough? I often say to pupils, “would you behave like that in the street?” as a means of illustrating the unacceptability of poor conduct. To condone poor behaviour by suggesting it could be the fault of the teacher really is a step too far.

As I have written about before: behaviour is the elephant in the classroom of many, many schools. All too often, teachers can find themselves left floundering alone as a result of poor administration of their schools’ behaviour policy. They can sometimes find they are woefully unsupported in the ‘behaviour blame game’, which is often presided over by weak SLT who find it easier to point an accusing finger and say, “oh, (so and so) can’t cope”. Sadly, it can be a handy way of apportioning individual blame for the failures of a whole-school system.

Whether OFSTED encourage it or not, nervous schools, anxious to please the Oz-like OFSTED masters, will continue to use these statements like biblical quotations. Before you know it, they’ve been added to a list of internal observation criteria. They are carved in stone, and become gospel. It isn’t too much of a stretch to see how failure to meet that particular target could be used by unscrupulous management as irrefutable ‘proof’ that a particular teacher was failing to meet their performance management targets, and may have ‘capability issues’. 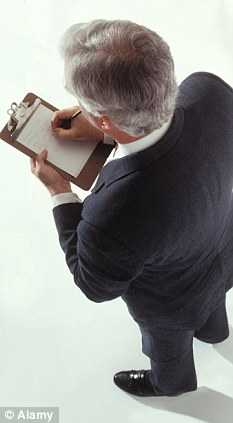 Had such statements existed when I was an NQT, and if I had been judged in those early months of my career, it is highly likely that I would have gained a tick in that particular box. The damage that may have been done to my confidence in my future abilities would have been devastating. Much like a lot of both the internal and external observation process: unhelpful, imprecise, and subjective statements, at least in the case of this example, it seems, continue to be the order of the day.

I have seen the phrase ‘you don’t make the pig fatter by weighing it’ several times recently, in relation to the internal and external lesson observation process. Neither do you make it feel valued, confident, respected or worthwhile.

6 Responses to The OFSTED Christmas Message: more Fear than Cheer.