SECRET passageways; tunnels connecting ancient buildings; smuggling, skulduggery, and sexually fascinating felons; a bungled robbery and a mortally-wounded bandit – all dispensing the aphrodisiac of political or criminal power: such are the ingredients of the tales that thrill us time and time again. But what if they were true? 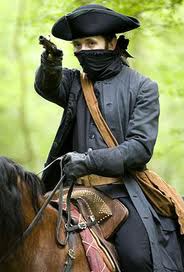 In my experience, unusual and interesting stories are more memorable in a way that ‘mundane’ tales simply are not. Add a bit of scandal or criminality to the mix and they become positively unforgettable. When the creator of this site accepted my idea for a contribution, there was one such tale that leapt to the forefront of my mind. It involves highwaymen and its local interest aspect will become evident.

Today, the legend of the highwaymen who terrorised the road-users of this land in the 1700s – scaring the wits out of prima-donnas and princes alike – has become imbued with an unimaginable glamour, given the heinous nature of their activities.

The traditional anti-hero status bestowed upon these characters, particularly one Dick Turpin, is reminiscent of some of the similarly suspect, but nonetheless legendary, figures from the Old West in the USA. Infamy, it would appear, is no bad thing after all.

Apparently, you can murder, maim, steal and generally display absolutely no moral regard for others and you’ll still be loved. In fiction if not fact:  you will be immortalised in endless books, poems and films.

What’s your picture of a highwayman? Presumably, you immediately conjure up an image of a black-caped figure in an eye-mask and a Tricorn hat, wielding two pistols and with a novel take on ‘trick or treat’: ‘Your money or your life!’ Forget the Three Musketeers: these were robber-dandies, disguising often mundane, middle class misfits. They were criminals.

Imagine, however, my surprise (not to say delight) to discover that some of this furtive activity could have taken place less than one mile away from my own home! 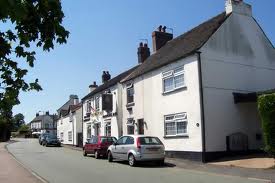 The village of Stonnall lies to the south-west of Lichfield and to the north of Birmingham. It boasts, like so many places, an extraordinary assortment of buildings from almost every architectural era. It is a thriving place with good facilities and a strong community spirit. At the ‘top end’ of the village, where Main Street morphs into Lazy Hill, sits a beautiful white Georgian Manor House. Continue just to the right of this house, up the ‘dog-leg’ that is still Main Street and you encounter another striking building of a similar era: Wordesly House.

Once operated as ‘The Welsh Harp’ pub, its main raison d’etre was to quench the thirst of Welsh farm labourers. A ‘home-from-home’ atmosphere it may have had, but it was probably  a far-less genteel establishment than its current appearance suggests. 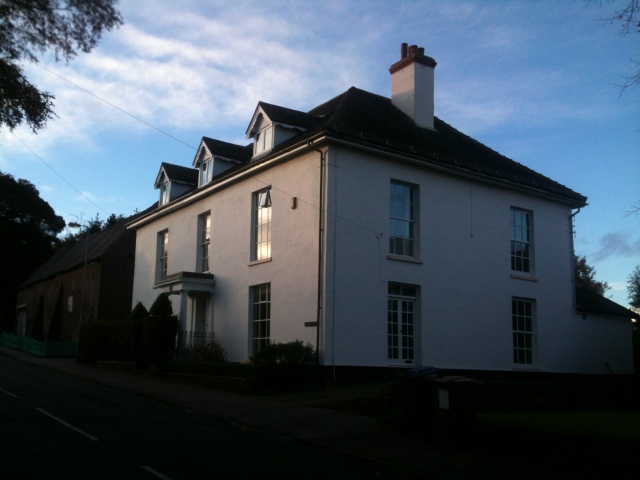 The highwaymen element of the story first came to my attention when I discovered that Wordesley House was the birthplace of Matthew ‘Tom’ King. Gordon Mycroft wrote of his memories of school life in the village:

“One of the poems that we read regularly at school was the Ballad of Tom King, who was supposedly born at the Welsh Harp. I’m afraid that I cannot remember all the words, but the legend of Dick Turpin and his henchman Tom King and their activities in Stonnall and Shenstone were deeply embedded in local folklore.”

Most trusted accomplice and partner in crime

Tom King was none other than Dick Turpin’s most trusted accomplice and partner in crime. He was said to have been nicknamed “The Gentleman Highwayman” and it is widely held that it was he who encouraged Dick Turpin to abandon his role as a petty criminal and embark on a career as a highwayman. King’s infamy was countrywide but it came to an untimely end on 2nd May 1737 as a result of a fatal gunshot wound, inflicted during a robbery that went wrong. Turpin, an accomplice in this robbery, rode away unhurt and survived. The rest is an amalgam of myth, folklore and legend.

This man was born in Stonnall!  It shouldn’t be too far-fetched to assume, therefore, a history of wider highwayman activity in the area. Well; yes and no. 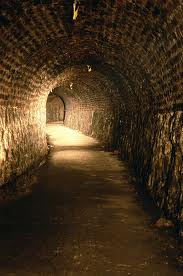 The most persistent local rumour concerns a tunnel, tall enough and wide enough for a man and a horse to pass through. This tunnel issaid to link Wordesley House to the Manor House and to have been used by the highwaymen in the area. Is it too much of a stretch to imagine the potential usefulness of such a tunnel, a means of moving stolen booty from the pub to the house, and vice versa?

The trouble with this story is that no one knows if it’s true. The tunnel was supposedly filled in when developers built a new road – the nearby ‘Glenwood Rise’ in the 1960s. Mycock continues:

“Another item of local folklore was the story that there were tunnels leading from the Manor House and Wordsley House and that they may have been connected. After the Hoftens became the Manor House residents, some of us were invited to the house for a Christmas party and on that occasion we decided to investigate. We searched the cellar and banged on its walls, but we could find no evidence of any tunnels.

Since then, it occurred to me that we might have been looking in the wrong part of the house, because it had been divided into two dwellings some years before. Therefore, the tunnel story remains open to question.”

“Lying where it does, leading off the ‘great road to Chester’, Stonnall gained past notoriety as a hide-out for the footpads and robbers that infested these highways. Shire Oak, then a wooded area, was known as a ‘den of thieves’. With the law in hot pursuit, the malefactors would leave the road and hole-up in the village for a few days until the coast was clear. In those lawless times the local inn, The Welsh Harp, was frequented by these gentlemen of the road, and the notorious highwayman Tom King was born there. The old building is still in existence but is now a farmhouse and renamed Wordsley House.

Wordsley House…an underground passage was believed to go from this old house to the manor house which lies at the top of Main Street. This lovely old building was a stopping place for the coaching trade along the busy Chester road and there are still the remains of a coach house, used as a barn, alongside the main house.”

(The village information above is taken from The Staffordshire Village Book, written by members of the Staffordshire Federation of Women’s Institutes and published by Countryside Books) 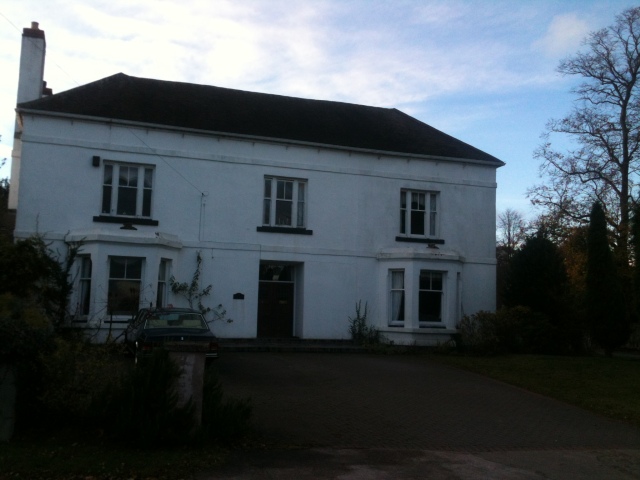 The tunnel story is disputed and discredited

Unfortunately, the tunnel story is disputed and discredited by many local historians, probably with good reason. But on a crisp autumn evening, with the sun just thinking of setting, I walked the mile or so from my home to the village to take a few pictures for this blog. As I walked I wondered if, historically, any highwaymen had frequented the local area.

I allowed myself to dream: what if Dick Turpin, Black Bess and Tom King had really cantered along the main Chester Road towards their next crime? Is it too fanciful to believe that they had scurried through a subterranean tunnel, from Wordesley House to the Manor House, laden with stolen goods?

A ridiculously romantic vision it may be; but surely, myth, folklore and legend do have an important role to play in local history, don’t they?

*This blog first appeared on “All About Lichfield” (http://lichfield.keepsblogging.com/.)

1 Response to Highwaymen: Myth, Folklore and Legend: Stand and Deliver!